In 1599, the historical timber-framed building, “Stutte in Holthusen”, located in the street “In der Ecke 6” in Dörnholthausen, was first mentioned.

Here, on “Stutten Hof”, as it was then called, Johannes Stute married Anna Ursula Hying from Menden around 1706. A few decades later, in 1774, their granddaughter Anna Mara Stute, got married to Bernardus Berghoff from Röhren. Thus, in the course of the following centuries, “Stuten Hof” became “Berghoff-Stute”, today’s Haus Berghoff. After a fire, which destroyed the first floor and hayloft of the main building, the upper parts of the house were re-built in 1833. It was then decided to paint the timberwork brown instead of the former black, as a symbol against fire.

Since 1968 guests have appreciated Haus Berghoff as a holiday place and travel destination in the Sauerland.
After a phase of planning and rebuilding that took more than two years Haus Berghoff could be re-opened as apartmenthotel in spring 2009. 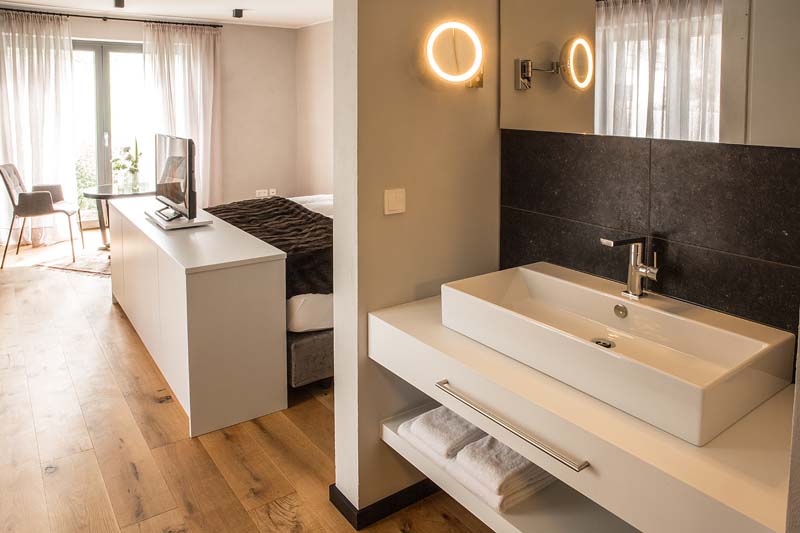 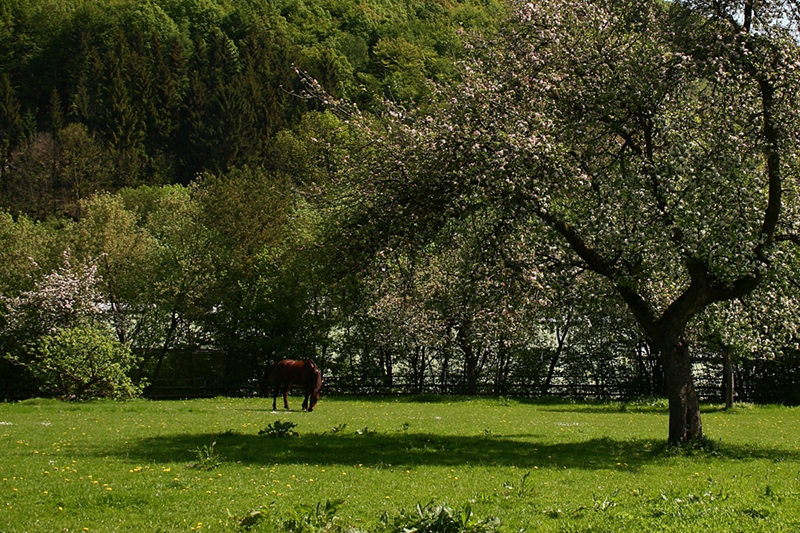 Experience our panoramic location in the Sauerland Siebengebirge!